Advertising has evolved in ways Young and Rubicam could never have imagined almost 100 years ago. A small industry driven by print ads — that exploded with the birth of television — is now fueled by SEO, consumer generated content, digital, social, viral, etc.

One thing hasn’t changed. Today, whether you’re starting your first job as a junior art director or you’re building an agency, partnerships are invaluable.

I know. I’ve had a few. As a writer most of my partners have been art directors. And I’ve been fortunate to produce memorable work with most. But I’ve also learned — about business or life — from all of them.

Brad Fleming was my first true art director partner — a passionate champion of the idea. Nothing else mattered. And he’d defend his POV anytime or anywhere to anyone. If you believe in it, defend it.

Kelly Gayer has had the most lasting impact on my career. More on that in a minute.

Jim Mahu helped teach me the automotive business in Detroit. And when I was sick as a dog — while we were in Mexico City working on a GM Latin America project for McCann — he taught me partnership means compassion for a friend.

Jason Piaskowski and I worked together at Bozell. He taught me to keep searching, to overcome all obstacles. Interestingly, I learned those things working on the Jeep brand. Later, when I was promoted to Creative Director on Dodge at BBDO, the first person I added to my team was Jason.

Darrel Lomas was resourceful. He understood the value of relationships inside the agency and at the client. And he used them to his advantage.

John Umlauf had a wonderful ability to meld strategy with creativity. He taught me that “words” can come from the art guy and “pictures” from the word guy. We won some national awards together. And our families spent some memorable Friday evenings on the beach in Ponte Vedra.

Scott Banda would drop anything he was doing to help in a pinch., even if that meant staying late to go back and finish his own work. Several years after working together at SJ&P, we partnered again at Team Detroit in Atlanta. The friendship clicked. Again. And we crafted some memorable work for Ford. 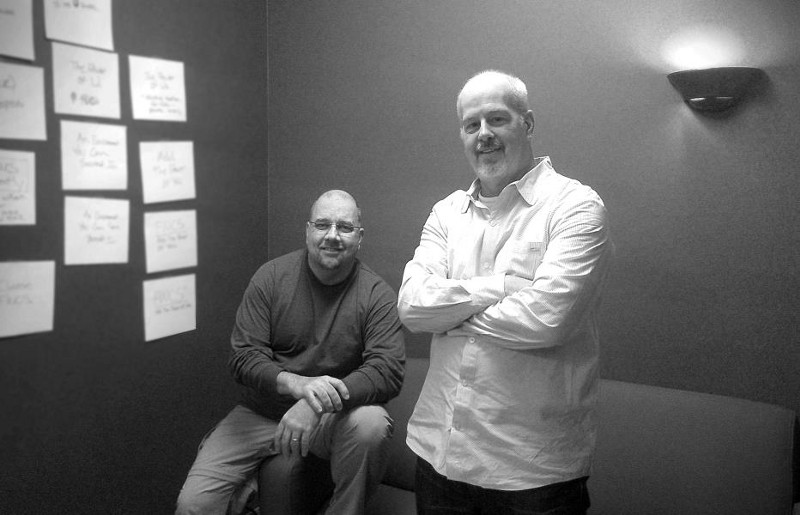 Remember, Kelly and I were partners early in our careers. I had tried, unsuccessfully, to get him to leave Asher and work with me at Bonsib. He wouldn’t budge. So I quit a comfortable CD job to freelance with him. I never had more fun and made less money. We worked together for two years. We’ve been friends ever since.

The key to success in every instance was that we started as partners and became friends. Which is how all these years later Kelly and I ended up back together. You see, my former partner didn’t call with an opportunity. My friend did. And so, for the second time, I left a good gig to join Kelly at Asher.

You never know where advertising will take you. But if you forge the right partnerships they’ll become friendships. And at the end of the day, that matters more than any commercial, poster or website you’ll ever create.