Due to the partial government shutdown, the President is more than a month late in his budget submission. This tardiness compresses the time committees on Capitol Hill have to hold budget justification hearings and adjust the President’s budget blueprint to address the nation’s needs. Quite simply, while the President writes the shopping list, Congress goes to the store and decides what to spend money on. Who wins the spending tug of war will be determined by political tides. The actual spending bills need to be enacted by October 1, 2019, or the government will shut down once again.

American citizens and a multitude of those impacted – nonprofits, businesses (especially government contractors), local and state governments, higher education institutions, hospitals and healthcare providers, Social Security, disability and Veterans beneficiaries, and many others are fighting for their bottom lines. 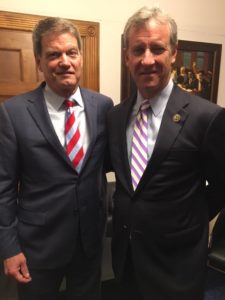 out their respective responsibilities. Therefore, now is the time to let your members of Congress know your federal spending priorities. Senators and Representatives need valuable and measurable “constituent” input as they draft, negotiate and pass — in a divided Congress — 12 spending bills that make up the federal budget.

The enacted FY 2019 budget is $4.407 trillion and the President’s blueprint for FY 2020 will likely be higher. From sources, we have some hints at what the President’s budget might try to achieve:

I will be closely following the money in the event you need to know the status, prospects and final funding levels for specific agencies or programs. There are literally trillions of reasons for us to care, both as engaged citizens and for our clients.