Micro-Influencers: Endorsement in an Era of Distrust Part 1 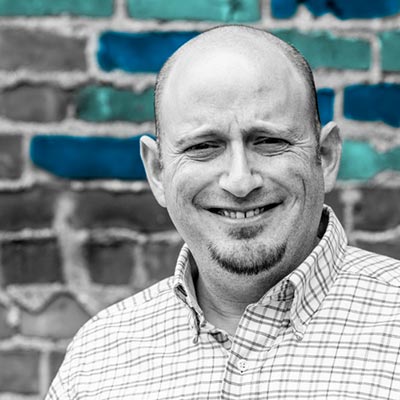 Micro-Influencers: Endorsement in an Era of Distrust Part 1

Are we watching the final days of Rome with celebrity endorsements? While cult of celebrity will likely never fade because of the human tendency to live vicariously through the elite, celebrity allure has lost ground in the digital age. These personalities are being dethroned by new faces in digital advertising: micro-influencers.

A classic example of celebrity endorsement is Beyoncé’s partnership with Pepsi products in 2013. The Pepsi campaign received backlash because it contradicted Beyonce’s involvement with Michelle Obama’s Let’s Move fitness campaign. Such criticism did not result in a negative net profit per se, but not everyone was flooding the supermarket for a beverage with the popstar’s face on it either.

Influencer marketing platform Collective Bias conducted a survey in 2018 comparing the effectiveness of celebrity and peer endorsements on  consumer purchasing decisions. The survey found that 34% of consumers are more likely to purchase a product endorsed by their peers, whereas only 3% are more likely to make a purchase based on celebrity influence. Celebrities might encourage greater ad recall, but how much does that matter if people aren’t prompted to action?

The reality is that audiences know celebrities are paid millions of dollars to read a script and sport a product, which they probably don’t even use. Such a lack of authenticity is off-putting for a demographic like millennials, who highly value transparency in marketing.

Enter influencers, people with the ability to sway opinions in certain markets. Influencers, unlike celebrities, often position themselves as experts. They share content with their audience with the intention of providing value. In some cases, the equipment they use is accessible enough that viewers think that with enough work they can achieve the influencer’s status. These people may also have time to reply directly to audience members, which creates a sense of intimacy. Some key influencers in the marketing industry include Neil Patel, Ann Handley, and Gary Vaynerchuk.

An influencer’s mix of style and substance is contingent upon their audience. For example, an Instagram model might have just as many followers as a marketing professional, which might induce eye rolls from those who could not care less what dress or handbag so-and-so is endorsing. However, marketers will tune in to a juicy podcast about attribution models with the same enthusiasm as an aspiring stylist wanting to keep on top of the latest trends. Thus, while influencer value is debatable, the individual still holds power in their niche.

Yet as influencers surge in popularity, they start to mirror celebrities in terms of their distance from the everyday person. They might become the face of multiple brands, so the trust created between the audience and influencer diminishes. That does not mean that audiences would not still trust influencers over celebrities, but an influencer will never be as accessible as in their early days.

It should also be noted that average engagement rates for sponsored Instagram influencer posts reached a low of 2.4% as of 2019, according to influencer DB. This decline in engagement applies to all of Instagram’s categories, and is inevitable as the market saturates.

So, what are marketers to do in the age of dwindling reach and increased skepticism?

Micro-influencers are the sweet spot between reach and engagement. They can have between 1,000 and 100,000 followers, although they will often have fewer than 10,000. These partnerships are particularly lucrative for small to midsize businesses. Why pay a celebrity or mega-influencer (someone with at least 50,000 followers) when you can get multiple posts from micro-influencers?

A notable campaign with micro-influencers was National Geographic’s partnership with Microsoft for National Women’s Day in 2016. One component of the campaign involved posting to 5 of National Geographic’s Instagram accounts. The adventure photographers took a total of 30 photographs. Each post also encouraged attendance for a Microsoft workshop dedicated to empowering girls in STEM. The companies received 3.5 million likes on that day alone.

Photo by @amivitale | In the incubator room at Bifengxia panda base, part of the China Conservation and Research Center for the Giant Panda, cub keeper Liu Juan nuzzles a furry charge. Despite the pressure of keeping the babies alive and well, there are rare moments when the caretakers get to relax and enjoy the animals that depend on them. It’s an important and stressful job and Liu Juan is working a 24-hour shift, her second one that week. She has a toddler son who stays at home with family. “This job is more intense,” she says of mothering the pandas, “but I love being with them.” After decades of hard work and research and because of the work of people like Liu Juan, the giant panda was recently taken off the endangered species list. #InternationalWomensDay – @Microsoft – Empowering girls to change the world, stay in STEM, and be the ones to #MakeWhatsNext. Microsoft welcomes girls for a free workshop with @natgeo personalities at select Microsoft stores on 3/18. Visit makewhatsnext.com for details. #IWD2017 #sponsored

The National Geographic and Microsoft partnership is historic, but micro-influencers don’t have to participate in global campaigns to be effective. Businesses with smaller budgets can leverage micro-influencers in their own city or community.

A notable micro-influencer in the Seattle area is the lifestyle, fashion, and beauty blogger Jenn of @hellorigby. She has over 26,000 followers on Instagram as of 2019. Her feed of trendsetting outfits and candid shots of her Shiba Inu is every fashionista’s dream. Her high-profile brand endorsements include Walmart, Target, and Pantene. In this post, she promotes the store Anko in her hometown of Lynnwood, Washington.

Hanging out in my new bedroom 💁🏻‍♀️ JK, JK. 🤪 But I did pop into the brand new @usaanko flagship with my Mama tonight. 🤩 We shopped til we dropped (aka got famished and had to get dinner) and I came home with some awesome finds… and now am patiently waiting for them to restock a few items *cough* bar cart *cough* so I can go back again. 🛒🛍 Have you checked out the store yet?! Lemme know what you got if you have! 🙌🏻💖 // 📷: @chasingmyhalo // #inspiredbyanko #anko #ankoliving #lynnwoodwa #cozyvibes #usaanko

Now that we see the opportunities brewing, let’s look at the current micro-influencer landscape:

Instagram is clearly the dominant platform for influencer performance, although YouTube is also a strong contender. Instagram has 1 billion monthly active users, over 500 million daily active Stories and 80% of accounts following a business. The raw, unpolished aspect of Instagram Stories, a key ingredient for authenticity, as well as its concise nature, are primary drivers for this platform’s success. Instagram removing the “likes” feature in several countries also indicates a push toward video.

Where Do We Go Now?

Now that we have a feel for opportunities with micro-influencers, stay tuned for our next post where we’ll go into how to measure the ROI of a micro-influencer partnership. While marketers and businesses have not embraced micro-influencer endorsement as a standard practice yet, the digital gold rush is on its way.

If you’re ready to dig deeper into influencer marketing now, feel free to email or call us to chat about what would be best for your business. We’re always available to talk about strategies and solutions. If