All Work, Creativity, News, The A-Team

FORT WAYNE, IND. – Asher Agency has received a total of 27 awards for its creative work. The Fort Wayne office received eight Gold and 14 Silver Awards at the annual Advertising Honors recognition ceremony held Feb. 25, 2017, and sponsored by the Fort Wayne chapter of the Advertising Federation of America.

“The fact that Asher won Gold in a variety of categories is a true testament to the diverse capabilities of our agency,” said Co-Creative Director Dan Schroeter. “And it really highlights our ability to creatively meet the needs of our clients’ ‘Common Problems’ — no matter what they are — with a variety of ‘Uncommon Solutions.’” 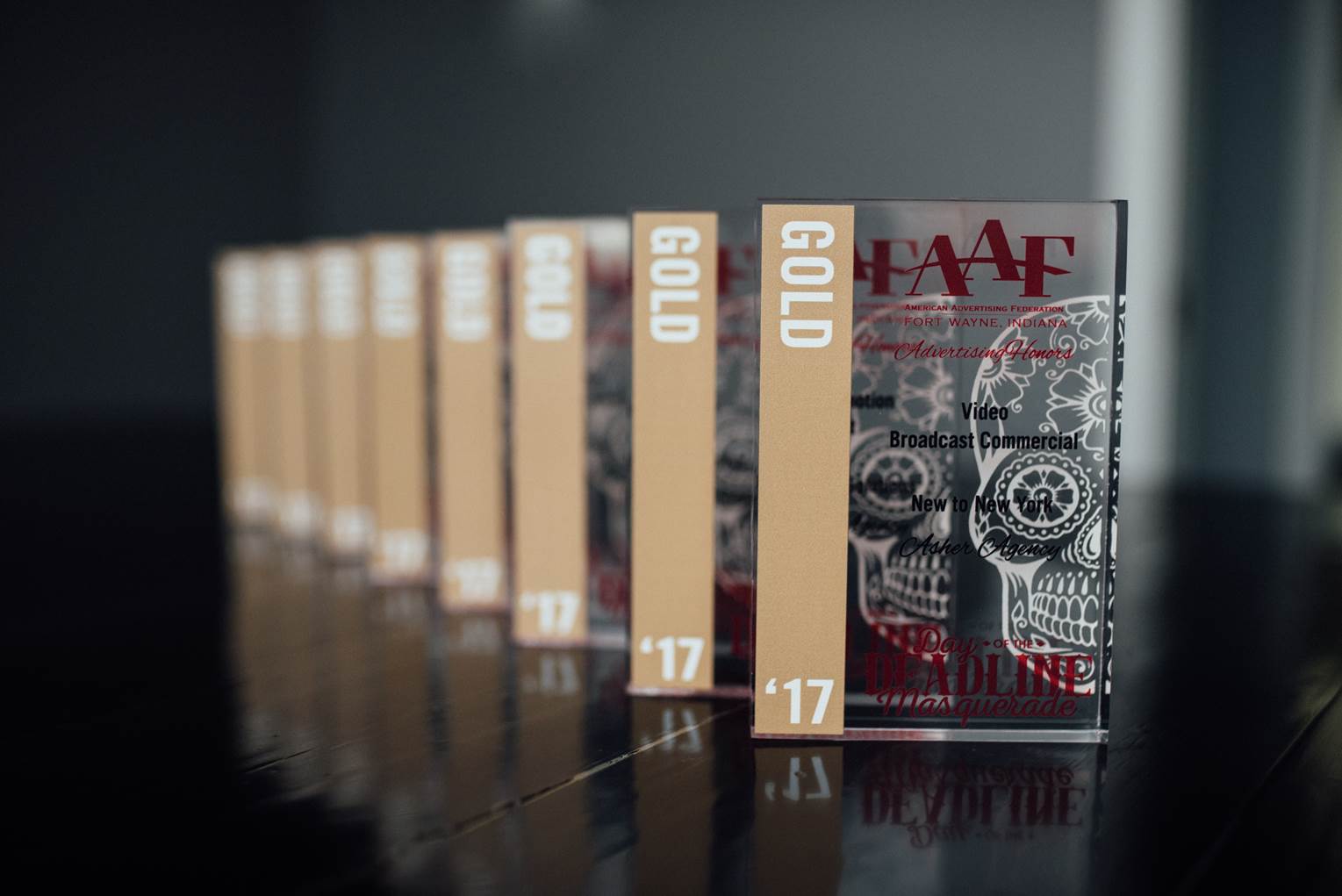