I’m constantly amazed at the number of established brands that treat YouTube as an on-demand form of broadcast television. Spend any time browsing YouTube, and you’ll see their mistake repeatedly.

Your TV ad may be killer: beautifully shot, with witty copy and great music. But on YouTube, that matters only if your first five seconds are effective. Experienced YouTubers know why.

After the first five seconds, the link to “skip” becomes active. More often than not, I, and the majority of YouTubers, do exactly that and never give second thought to the ad we just left behind.

Advertisers that have chosen TrueView (pay-per-view) placement aren’t charged until at least 15-seconds or half the ad’s total length has been viewed. YouTube sells this as a benefit, because only those people who really care about your product or service enough to sit through the ad cost you money. The brand is not charged for those who bail.

Okay, I get that. But, even when I might be in the demographic bulls-eye for your ad, if those first five seconds don’t make it clear who you are and what you offer me, my finger will find that “skip” button.

It’s no easy task to concept an ad that sets the hook in the first five seconds. Shakespeare, a big name in fishing equipment, didn’t even try. This weekend, their ad drew me in with unique content. 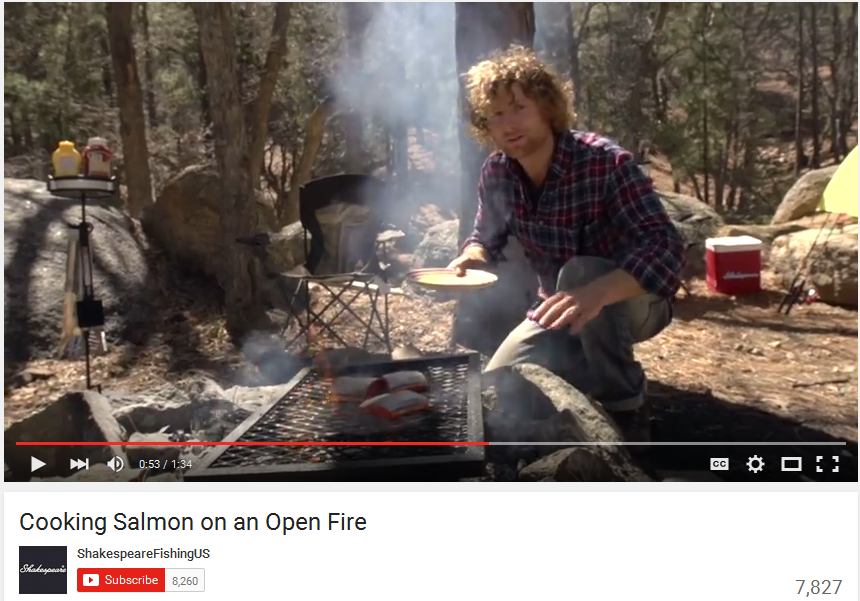 The ad began with Shakespeare branding and nature sounds for the first few (less than five) seconds, then a backpacker was enthusiastically showing me how to cook salmon on my campfire. Shakespeare branding appeared again after the brief backwoods cooking tutorial. By the time I realized it was a commercial, it was over and the D.I.Y. video I came to see was rolling. Smart.

You may be thinking that your product, service, or brand is so general this type of content appeal doesn’t fit. Agreed, it’s not a tactic everyone can use.

But, please, don’t just offer up your traditional TV spot to YouTube and hope for the best. Respect the unique opportunity it presents, and YouTubers will reward your brand by listening. Just because they cost you nothing, doesn’t mean those first five seconds aren’t valuable.