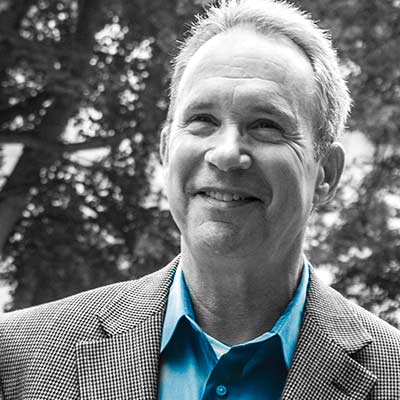 The healthcare renaissance, better known as the consumerism era, is finally upon us. In the age of retail clinics and vetting doctors online, consumers are, in theory, more empowered than ever to avoid medical institutions that are detrimental to their health, and wallet.

Granted, advocates have lobbied for consumerist healthcare since the early 2000s. It’s taken an exorbitant rise in healthcare, technological acceleration, and government policies such as ACA and MACRA to make the transition from volume-driven, fee-for-service (FFS) model to value-based care (VBC) seem sustainable.

Such strides do not yet signify victory for consumerist proponents, however. The following areas, or pain points, are key to unlocking the true potential of consumerist healthcare.

Just how much have patient preferences started to mirror the retail industry? Enough to make a radiologist pause from examining her MRI scans, that’s for sure.

In Deloitte’s 2018 Health Care Consumer Survey, respondents rated the following as their top factors in choosing a doctor: a provider being in-network (50%), convenient location (43%), reputation (39%), and bedside manner (34%). At first glance, it might seem there’s a misalignment of priorities; why isn’t clinical excellence first?

Taking convenience and affordability as the consumer mantra, these results make sense because their importance is correlative with their immediate, emotional impact. No one wants to be hit with surprise bills (hence the push for being in-network), or have personnel be rude to them in a potentially distressful health situation. Additionally, “convenient location” doesn’t necessarily mean the person has a lot of options either, since lack of access particularly affects rural populations.

Following the pattern of reputation significance, Binary Fountain’s 2019 “Healthcare Consumer Insight & Digital Engagement” survey found that 22% of patients rated Consumer Assessment of Healthcare Providers and Systems (HCAHPS) survey results as the most important factor when rating or evaluating a provider. This marks an astounding increase of 700% from 2017. Testimonials have always been a strong marketing point, so it’s not surprising that a row of stars can cancel out the most eloquent messaging targeted at a consumer. It’s a bit jarring to see how much influence the Internet has over one’s practice simply because healthcare has been slower to absorb ratings into its ecosystem than other industries.

A key ingredient to the behavioral shifts from passive patient to potentially active consumer is of course the high-deductible health plan (HDHP). This surge in HDHPs over the last decade is attributed not only to healthy individuals wanting to lower their premiums, but also from employers happy to shift some financial burden off themselves. According to the 2019 EBRI/Greenwald & Associates Consumer Engagement in Health Care Survey, 46% of all workers with employer-sponsored health insurance are enrolled in a HDHP. Augmenting this trend is the consumer directed health plan (CDHP). Of course, the idea of pairing a spending account that can later be used for retirement seems quite attractive for healthy individuals with few out-of-pocket costs, but the savings is more like a mirage for most participants.

The primary criticism against HDHPs is that they only serve healthy or wealthy individuals and that they discourage provider use for necessary care, and that argument has a lot of validity. After all, an HSA or HRA might not be enough to cover in the case of a virtually disease-free person running into a crisis, as no one can predict a tragedy during open health plan enrollment. A 2018 Gallup Health and Healthcare poll found that nearly 30% of Americans delay care due to costs, and 19% of all U.S. adults say the delay involved a very serious or somewhat serious condition or illness. The fact that 6 in 10 U.S. adults have a chronic disease, per the Center for Disease Control and Prevention, enforces that glaring issue. Granted, IRS Notice 2019-45 expands the list of preventive care benefits that HDHPs, paired with HSAs, can cover before enrollees meet the deductible. This amendment is more of a silver lining rather than a panacea to health insurance woes though. The legacy of employers taking the reins on insurance policies is part of what has made the transition painful at times on the consumer side.

To fuel the fire, a 2017 RAND report found that employer-sponsored private health plans paid more than double the amount Medicare paid for identical health care services. This discrepancy further illustrates why the transition to a VBC has been slow: providers must be incentivized as much for VBC as for FFS, or the new system will never work. The reimbursement reduction resulting from HCAHPS surveys is certainly an impetus. However, ongoing consolidation in the market reveals that institutions are so strapped for resources that changing the system is lower on the rung of priorities than keeping the lights on.

Lack of health literacy is an old problem. Such is why consumers struggle to reap the benefits of the CMS’ mandate for chargemaster releases, and therein shop for lower-cost, higher-quality care.

The prominent, and certainly not unfounded, fear has been that gross estimates will encourage consumers to seek out lower-value care because they don’t know the finalized, negotiated rates. It might come across as a bit patronizing to imagine a patient balking at the sticker price without further research or acknowledging that the price is an estimate. Yet taking the patient’s situation into account, there is no telling what mindset someone will be in while shopping for services, although it will certainly be with much less joy than building an Amazon wish list. Moreover, since patients aren’t versed in negotiation, they won’t know how to bargain themselves to a cheaper deal like an insurance broker.

The volatility of one’s health is also where the healthcare-retail comparison runs into a wall, besides the fact that no one gets excited over shopping for healthcare. In an emergency, the patient will likely receive care that they did not plan for financially or psychologically. Additionally, it’s difficult to discern what services would be needed with only a basic understanding of medical terminology. The average patient is not going to know the severity of their health condition, and will likely find themselves needing much more medical services than they planned for.

The issue of limited patient health literacy burdens providers too. Patients misdiagnosing themselves (or thinking they’re doctors after looking at WebMD) results in lost time for the physician, who has to eradicate erroneous conclusions. Yet leaving a patient to grapple with medical fears also seems inconsiderate, and results in a negative patient experience. It’s a delicate balance between pushing clinical priorities and offering peace of mind.

But achieving the balance doesn’t have to be as difficult as it currently is. No industry tries to market itself with internal language because the target audience does not speak it. So why serve healthcare to people on a complicated, jargon-laden platter? Transparency initiatives, the ACA’s requirements for natural language processing among them, must start at the provider level. Optimizing transparency in the digital realm thus means not only using accessible language at touchpoints, but also ensuring that interfaces themselves are intuitive.

The link between patient engagement and positive outcomes is deeply ingrained in consumerist discourse, but the VBC dream falls apart if the other half of the equation (i.e. the patient) isn’t involved.

Patient portals, a keystone of patient engagement, started off as the banner ads of the healthcare industry: largely known but largely ignored.

The barriers to usage have been varied. Results from the 2017 Government Accountability Office (GAO) report were certainly underwhelming. While nearly 90% of providers were offering access to a patient portal at that time, less than 1/3 of patients had used theirs. Of those who enrolled, only 20% used theirs regularly. A primary reason for disuse was wanting to speak directly to a provider, which is understandable considering the average consumer’s level of medical knowledge. Additional points included security concerns and perceived lack of relevancy.

Therefore, messaging regarding portal use must start with providers, albeit amplified by various channels. Some areas of interest to patients include online appointment scheduling, online billing, and prescription refill requests. But we don’t have to stop there.

Players from other industries have offered ways to nudge patients toward engagement, too. A lucrative solution has been mHealth wearables, such as Attain from Aetna and Apple, or Fitbit, tracking patient movements so that physicians can monitor progress outside of a clinical setting. Thus far, this strategy has been quite efficient for some health-conscious consumers. As of 2019, Thematic estimates that the wearable tech industry will grow at a compound annual growth rate (CAGR) of 19% to reach $54 billion by 2023.

Furthering this trend is a 2019 online Redox survey. In this study, nearly 1/3 of respondents said they used or were open to using mobile apps to manage a condition or their fitness routines. Gen Xers (35-to-54-year-olds) were at the forefront of patients ready to manage their health with mobile apps.

Another key to not only furthering portal use, but of optimizing patient engagement in general lies in personalized interactions. While every consumer is motivated by convenience and affordability, the patient journey, and therein consumer behaviors and preferences, can’t all be packaged in the same neat box.

Thus, engaging patients starts with psychographic segmentation. Demographics will have varying communication preferences and channels, all of which rooted in culture and other social determinants of health. Developing the holistic view of a patient requires the consolidation of data points way beyond the EHR, although wearables are certainly helpful in bridging the gap between the patient’s life in office paperwork and the factors that influence them in their everyday life.

The industry is still breaking away from a chicken and egg experience regarding virtual care. Deloitte’s 2018 Survey of Physicians reports that 90% of physicians see the benefits of virtual care, with the primary benefits being patient access, patient satisfaction, and improved communication between patients and their caregivers. Government incentives also support this initiative, such as the CMS adding new CPT codes to reimburse the providers that offer remote patient monitoring. Part of the reason telehealth hasn’t become second nature lies in the need for further technological advancement and patient opt-in. However, an equally critical component of digital success is having the proper data infrastructure in place, which is what is holding a lot of institutions back.

Patients, like anyone else, don’t like being treated like a number, so providers can focus more on patient interactions if administrative work can be automated. Switching the administrative window for the patient window also makes leeway for providers to interpret data points for a patient and more readily tailor treatment options. Digital solutions can even help providers gain the insights they need in real-time to suggest more in-network referrals, to lessen the financial burden and surprise bills. Overall, data consolidation across multiple payment vendors or even just proprietary software mitigates physician burnout and the human error that comes from exhaustion.

Cloud-based technologies as well as propriety software models have been viable solutions, but the latter sometimes requires millions of dollars in investment that some hospitals just aren’t in the position to fund, especially those on the brink of closure. Navigating relationships with multiple vendors can also be difficult for those unaccustomed to doing so. That being said, Gartner estimates that by 2021 public cloud vendors will process more than 35% of healthcare providers’ IT workloads, so it’s a good digital train to hop on.

Consumerism has been a slow-moving but potent trend transforming the healthcare landscape and carving out its destiny. Regardless of what stage you’re in for healthcare’s retail rebrand, we’re here to help make your marketing initiatives a success. Do not hesitate to email us or give us a call!