Asher Agency is proud to announce that Senior Vice President Kara Kelley has been honored as one of Greater Fort Wayne Business Weekly’s “40 Under 40” recipients for 2016. The event honors 40 individuals younger than 40 who are making a difference in our community. 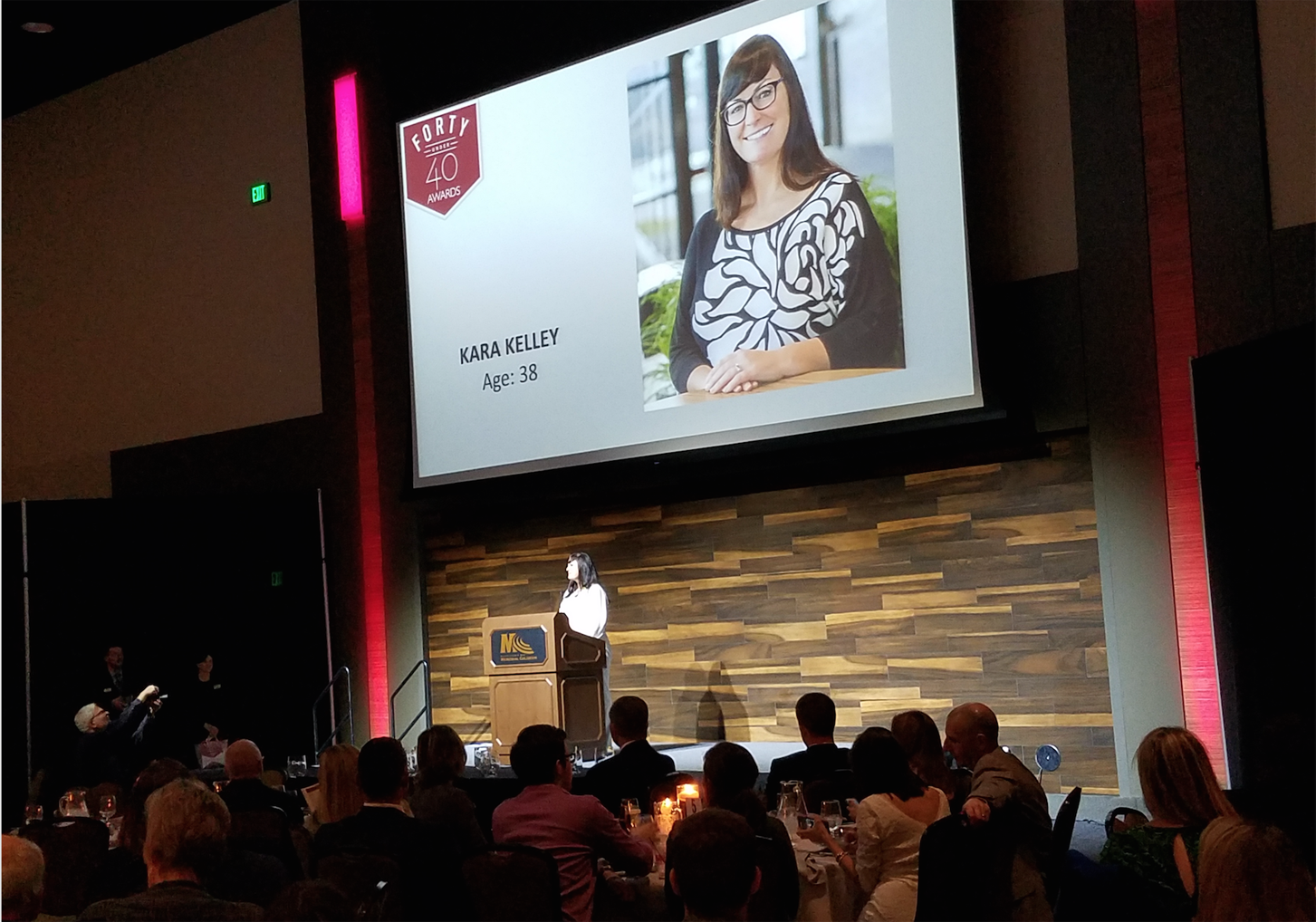 Kara Kelley accepts her 40 Under 40 honor.

A graduate of Bishop Luers High School and the University of Dayton, Kara joined Asher in 2007 and has been a leader on the SUBWAY® Restaurants account. Kara has overseen expansion of the account that resulted in Asher now servicing 62 SUBWAY® markets, including more than 5,700 restaurants in 25 states and on U.S. military bases around the world.

Kara is a volunteer Lunch Buddy for Big Brothers Big Sisters of Northeast Indiana and was a co-founder in 2009 of Le Tour de Fort, a local bike ride that raises money and awareness for veterans dealing with post-traumatic stress disorder. In 2015, the ride raised $15,000 for K9s For Warriors.

We asked Kara three questions to sum up her involvement as a volunteer in the Fort Wayne community:

1) Why do you remain so involved in the community? Why is that a priority for you, personally?

I was born and raised in Fort Wayne, I grew up watching my parents being involved in the community and giving back. They were wonderful role models and instilled a great pride for the community and desire to also give back.

2) What motivated you to get involved with Le Tour de Fort?

My brother was my inspiration. I was so grateful when he returned home safe from his tour in Iraq. I became increasingly aware of the impact of PTSD and wanted to help raise awareness and funds to support returning Vets and their families.

3) What is your favorite memory with Big Brothers Big Sisters?

I’ve been a Lunch Buddy with a little girl named Jay’Lah for the past 3 years. We both look forward to our time together each week, but one of the most impactful memories wasn’t a book we read or a game we played, it was a comment from her teacher. She told me, “It is so special to watch the human connection you two have. It’s very, very special.”