That’s why, last year, agencies submitted over 40,000 entries to the Cannes Lions International Festival of Creativity.

The American Advertising Federation’s three-tiered award program – called the ADDYs – generated another 40,000 entries. And, that’s just two of the big ones.

These competitions have a long history. And today, agencies around the world are entering awards shows at a record pace. Why? Because, ultimately, the awards provide a measuring stick against the competition. And they provide validation that an agency is capable of producing work that gets noticed. And getting noticed is the first step to the ultimate goal.

With so many entries from so many agencies it’s not easy to win awards on a national level. The competition is typically fierce. Especially for the small to midsize shops competing against the global agency brands.

Those large players, with larger clients and bigger award budgets, may have hundreds or even thousands of entries each year. Many have full-time staff just to manage the process of entering awards shows. When you’re smaller you have to be more careful. More selective.

This past year Asher entered the Telly Awards

We dipped our toe into the national awards pool for the first time in a quite a while. The Telly Awards, a juried international competition, have for the past 37 years been honoring the best work in several categories including local, regional, and national TV commercials.

After careful consideration, we submitted just three of the dozens of commercials we produced last year. A regional commercial for SUBWAY® called “Hashtag Everything” — which featured a group of friends trying to figure out where to meet for a bite to eat.

The second entry was a two-spot campaign for health insurance client PHP. The spots communicated to potential customers that PHP insurance is so good it almost sounds unbelievable. The first spot — called “Fishing Over” — called attention to PHP’s outstanding customer service.

The second spot was called “Breakup” and highlighted the number of choices plan participants have when they’re insured by PHP.

We batted 100%. So we celebrated. For a few minutes. Then we got back to work. Working on new ideas that, with a little luck and a few late nights, will get us back into winner’s book again next award season. 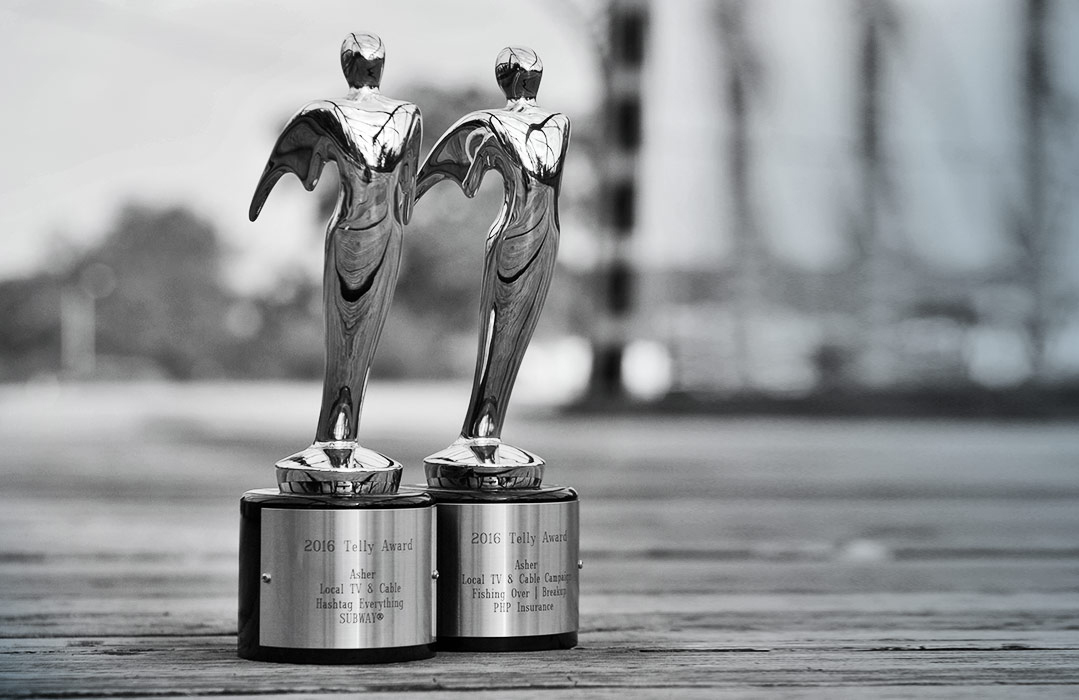