It’s commonplace for restaurants to experience a post-holiday drop-off in business during January and February. JK O’Donnell’s Irish Ale House wanted to combat that slump while also celebrating the pub’s 10th anniversary in a noteworthy fashion. Achieving both goals required finding a way to reward regular patrons beyond the established loyalty points program.

Asher recommended that JK O’Donnell’s run a sweepstakes to motivate customers to visit during the slow months. The resulting “Passport to Ireland Sweepstakes” included round-trip airfare for two to the Emerald Isle, six nights’ lodging, two sets of luggage, and tours to various attractions.

In order to craft every pub lover’s dream, Asher partnered with multiple businesses, including Fort Wayne International Airport, Vera Bradley, Guinness, and Jameson, to bring the promotion to life. Along with helping organize the sweepstakes, we supported it by developing a website landing page, Facebook display ads, and Facebook boosted posts.

In order to enter the sweepstakes, customers received a “stamp” on a digital passport tied to their email address each time they visited the pub, with five stamps equaling one entry. 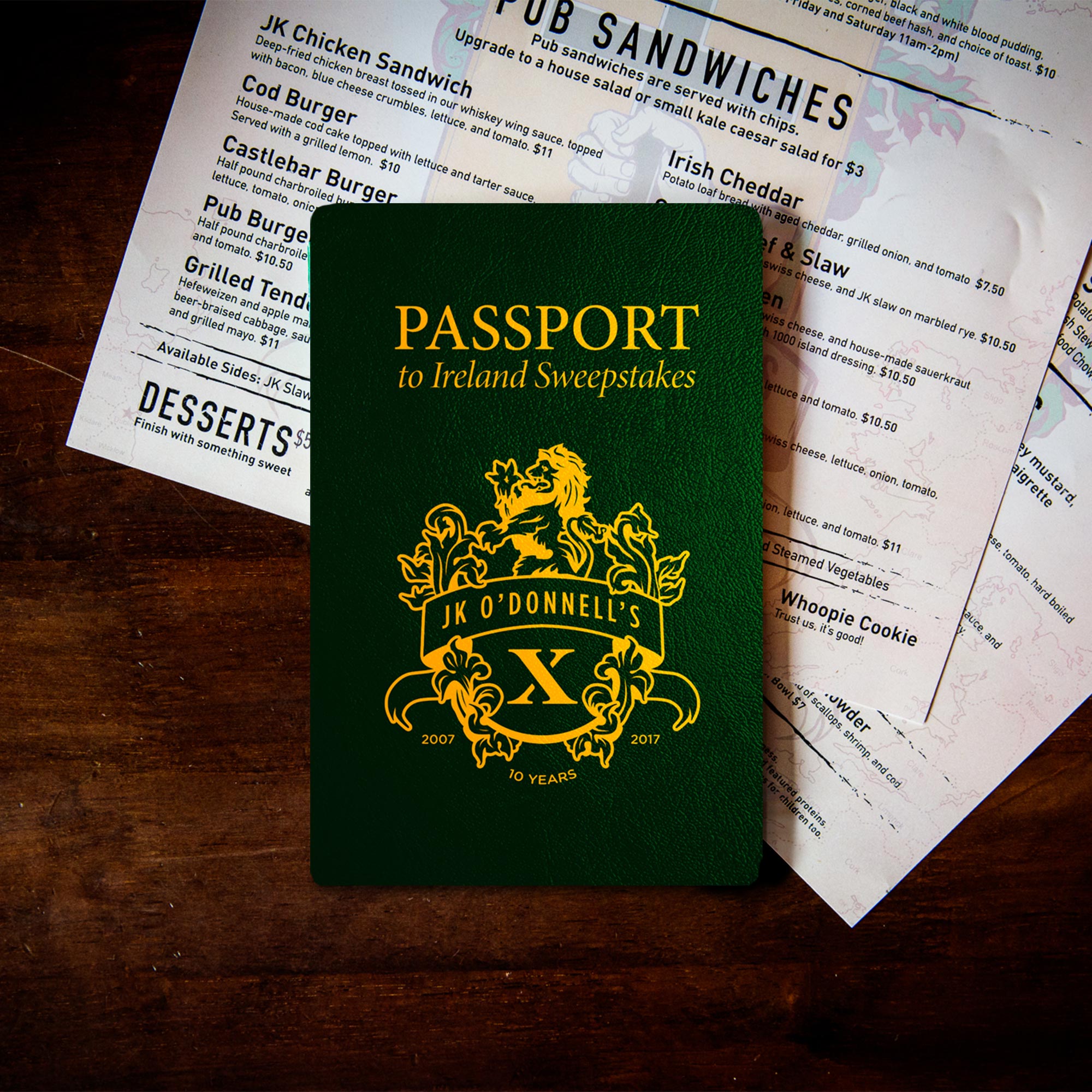 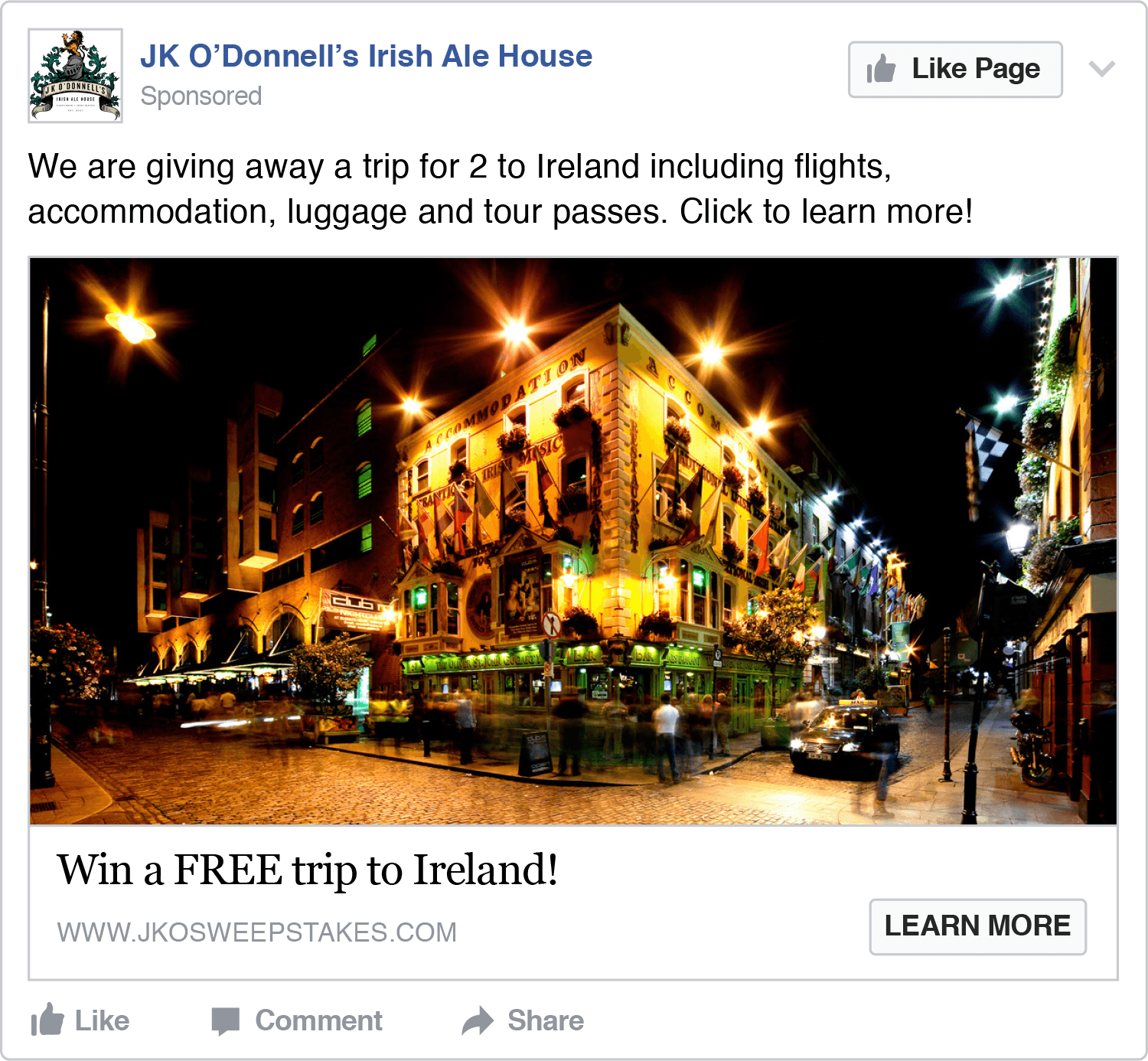 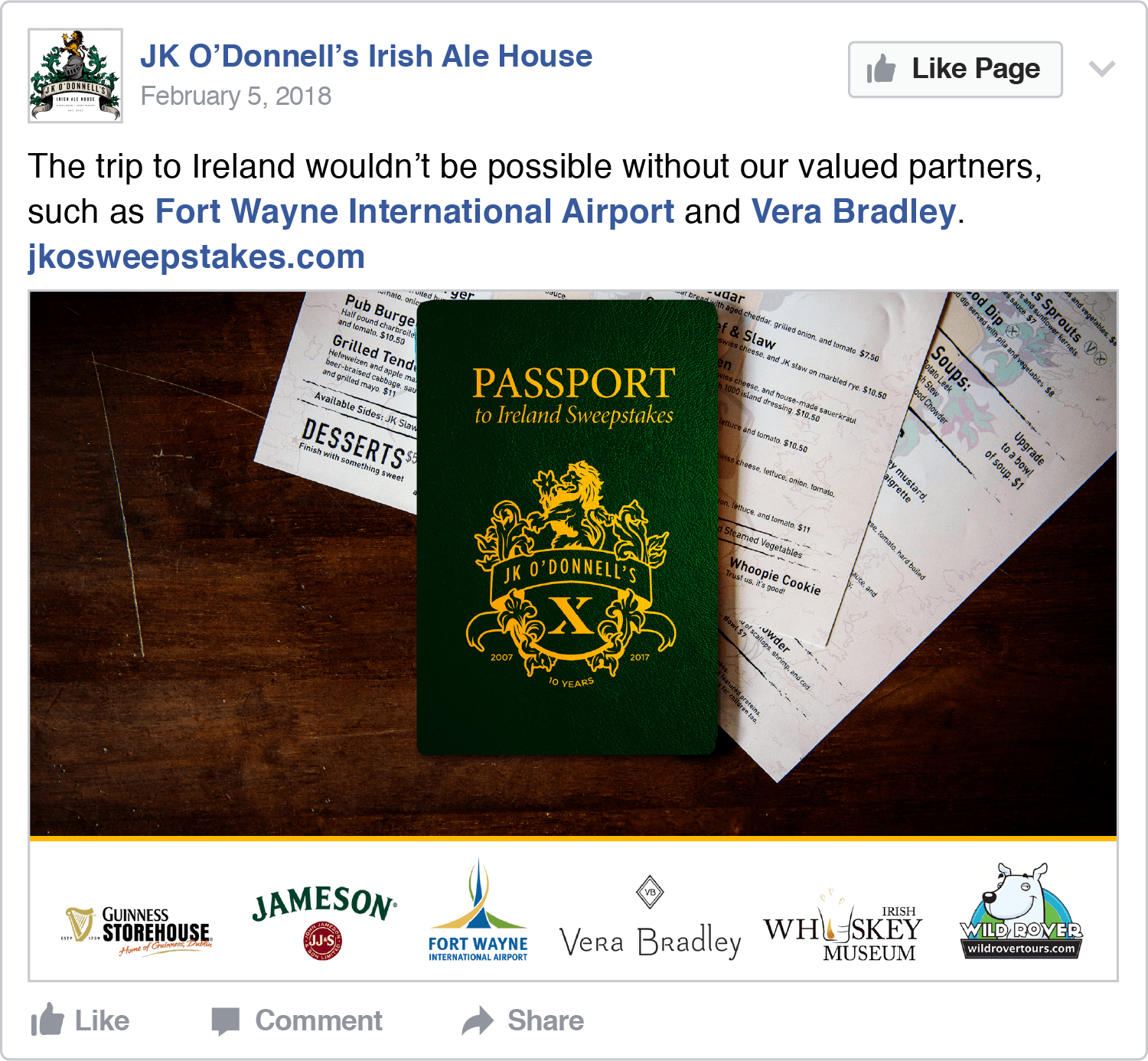 The promotion drove impressive results both on the digital and brick-and-mortar fronts. Overall, the campaign served over 124,000 impressions. The Facebook Display portion of the campaign earned 527 ad clicks, and the Boosted Posts campaign reached over 16,000 unique social media users in and around the Fort Wayne area. Additionally, the campaign saw over 4,100 interactions with the boosted posts and 42 new Facebook page likes.

The sweepstakes received 200 entries, which meant the promotion produced over 1,000 unique visits to the restaurant prior to the drawing. Additionally, the sweepstakes landing page helped build a robust email list to retarget future pub-goers with ongoing ads and emails with more deals from Fort Wayne’s Irish gem.

JK O’Donnell’s owners reported that sales were up 14% in January and 7% in February, with longtime patrons returning to support the pub, as well as customers bonding over the shared anticipation of the contest results.

In the end we were able to help a client celebrate their 10th anniversary while increasing sales and growing their customer base. Plus, we had one VERY happy guest. 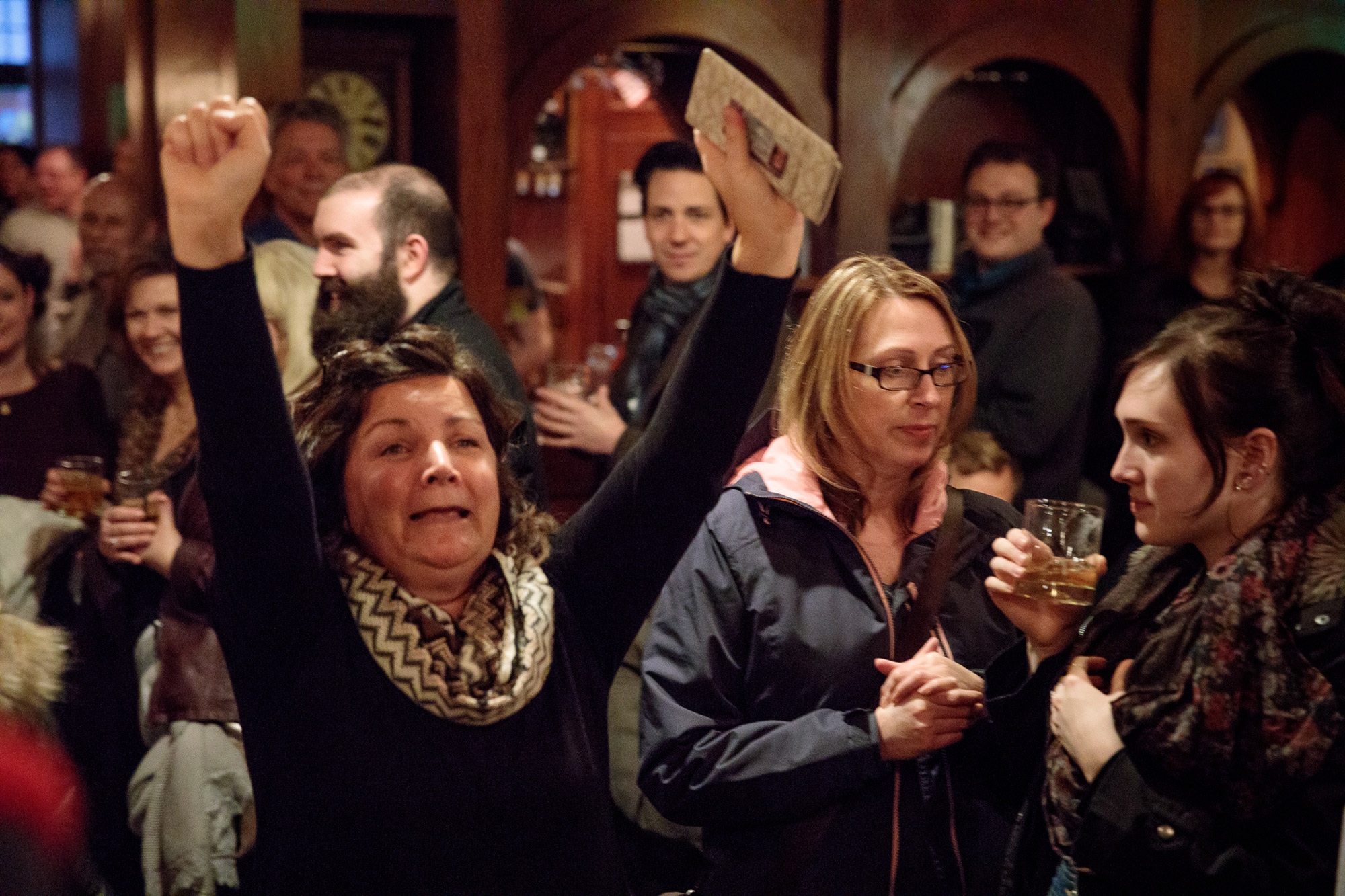 more of our Franchise & Co-Ops work 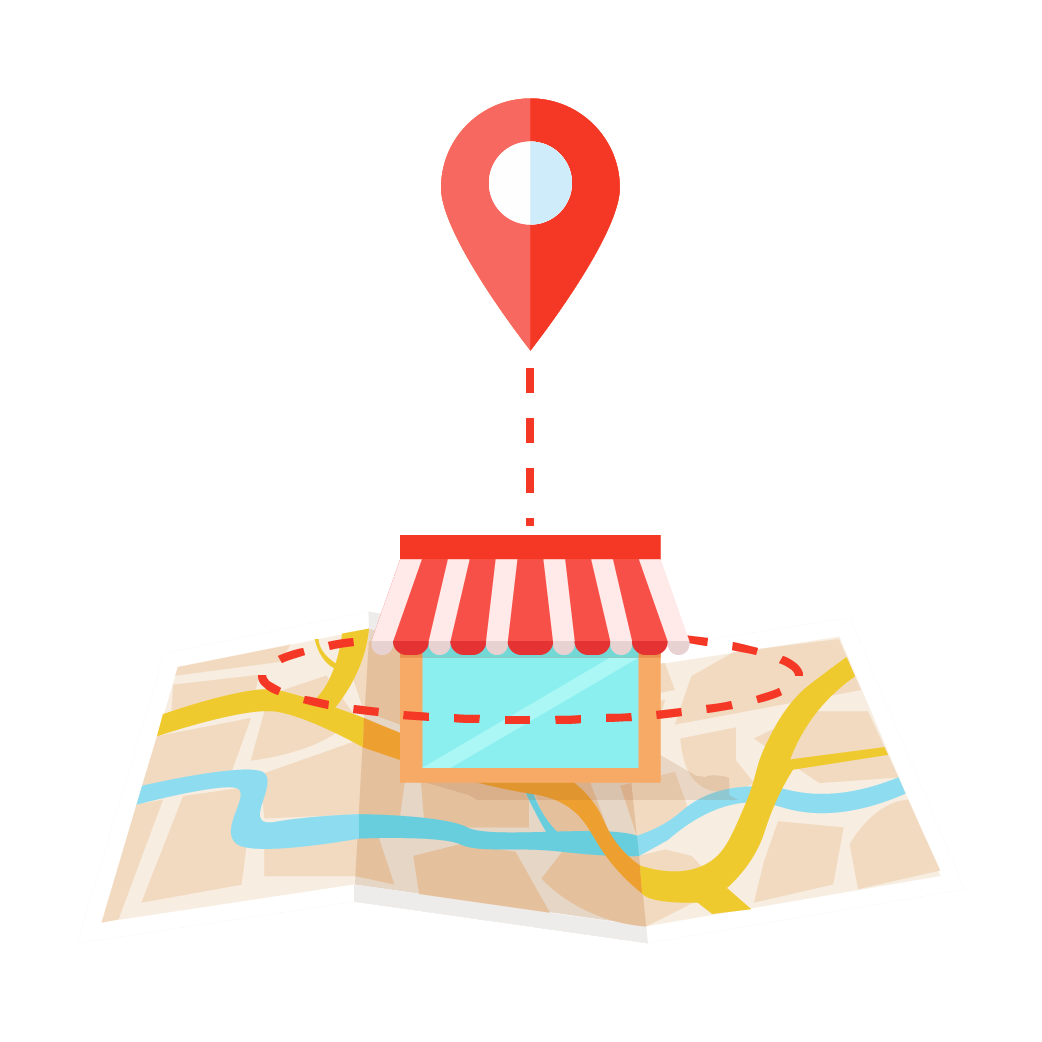 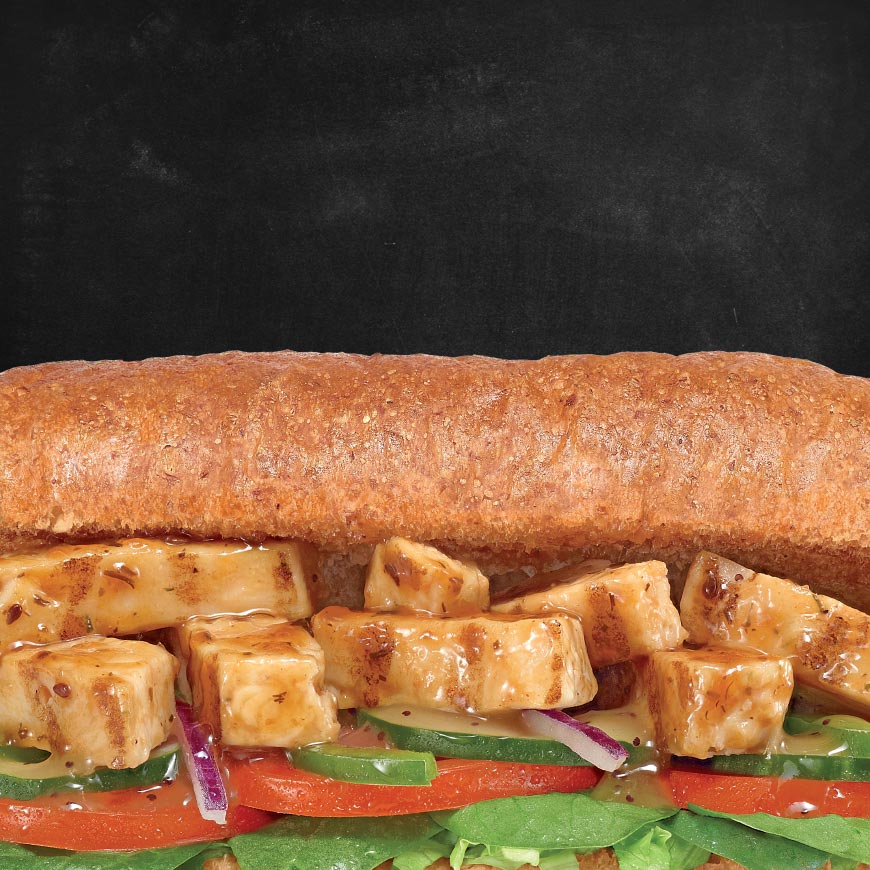 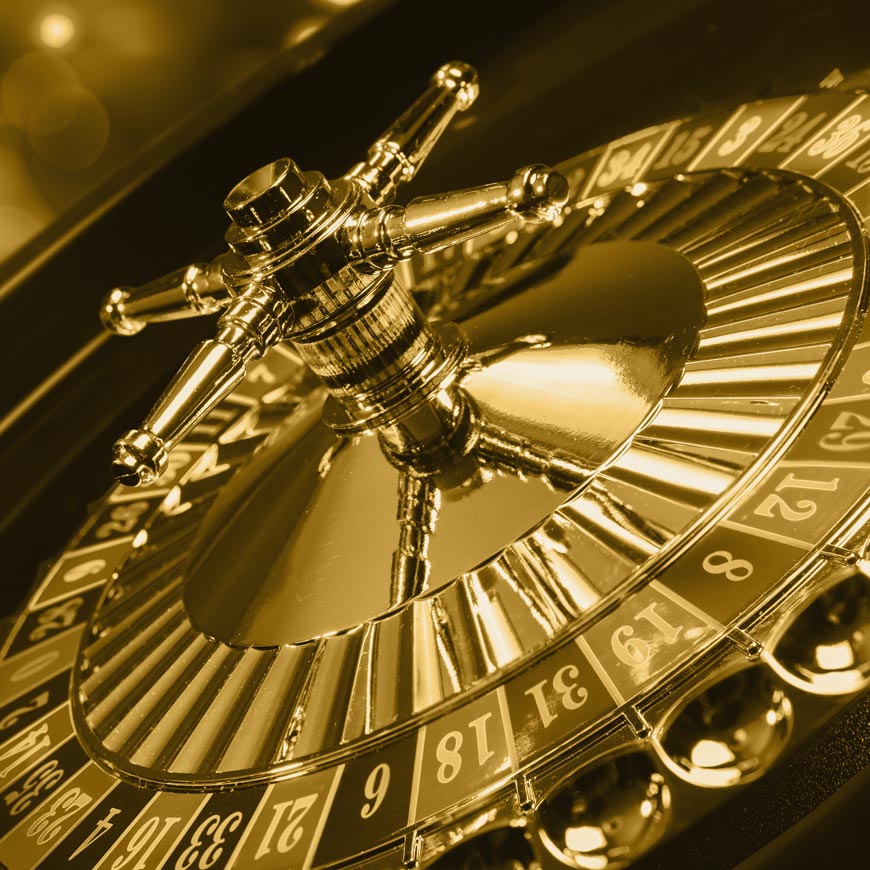 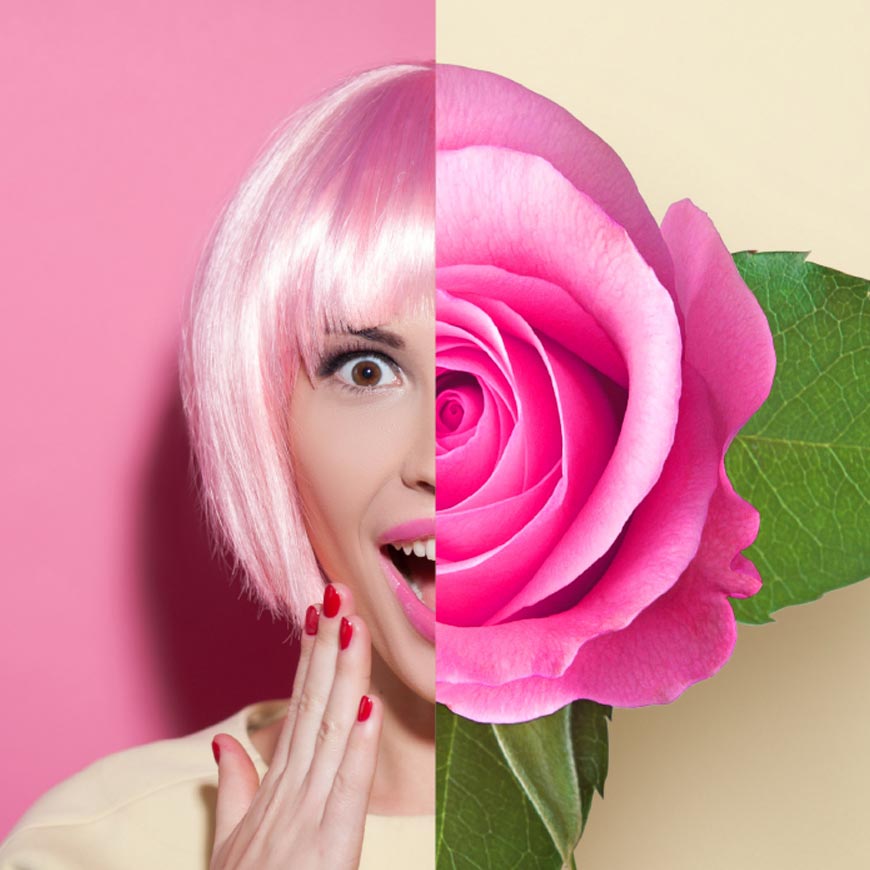 Inspired by the World