This summer, Asher was honored to help launch a new nonprofit, the Responsible Battery Coalition. Formed in April 2017, RBC is committed to the responsible management of batteries across their entire lifecycle, from resource extraction to recycling. Included are lead-acid vehicle batteries found in cars and boats, lithium-ion batteries in electronics, as well as new battery technology that hasn’t been imagined yet. Among RBC’s growing list of member companies: Honda, Ford, Walmart, Advance Auto Parts, O’Reilly Auto Parts and founding member Johnson Controls, a global manufacturer of batteries. 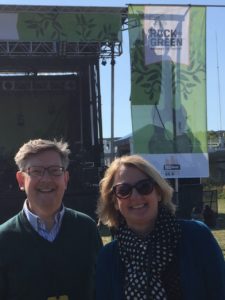 One of RBC’s goals is to collect and recycle the 1% of batteries hiding in garages, abandoned cars, and waterways.  For its first major event, RBC sponsored two battery collections recently in Milwaukee. Asher promoted them on social media, handled media relations, and created signage and reusable shopping bags to use as giveaways. My colleague Mike Fulton and I also went to Milwaukee to support RBC and:

While Asher’s efforts for the Responsible Battery Coalition are just getting started, we are proud to play a key role in their important work. 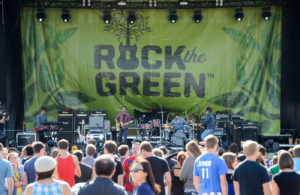